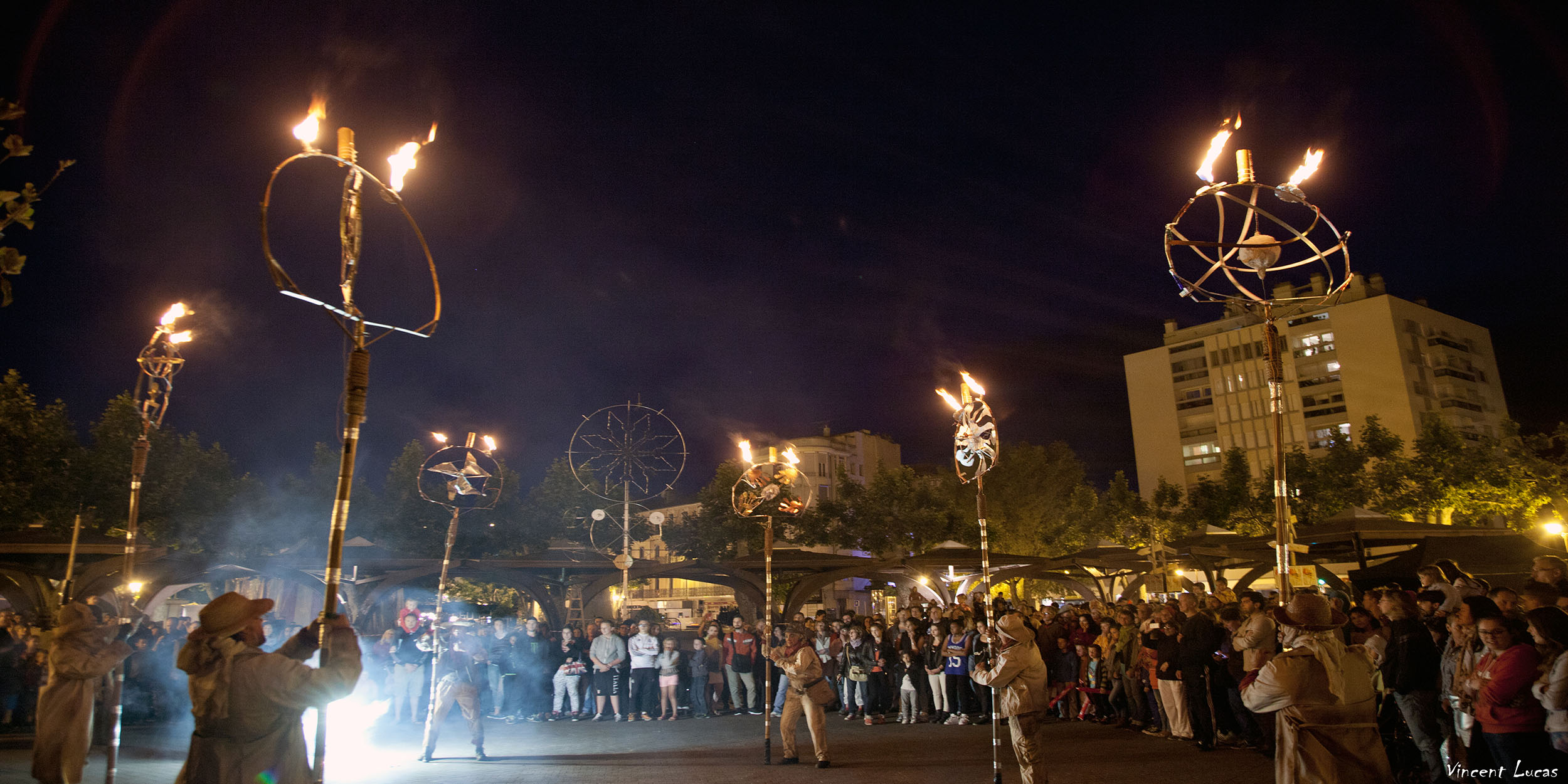 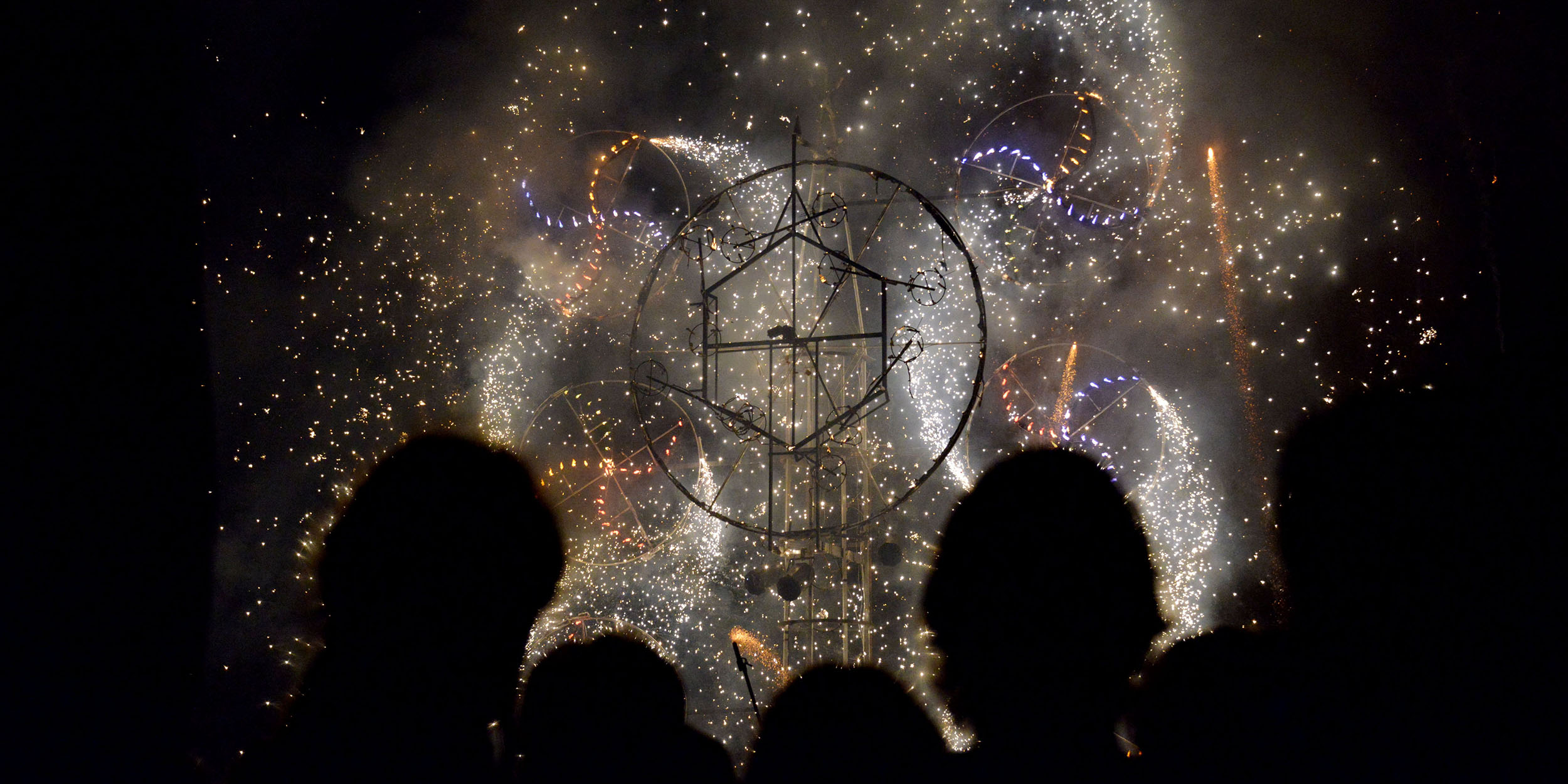 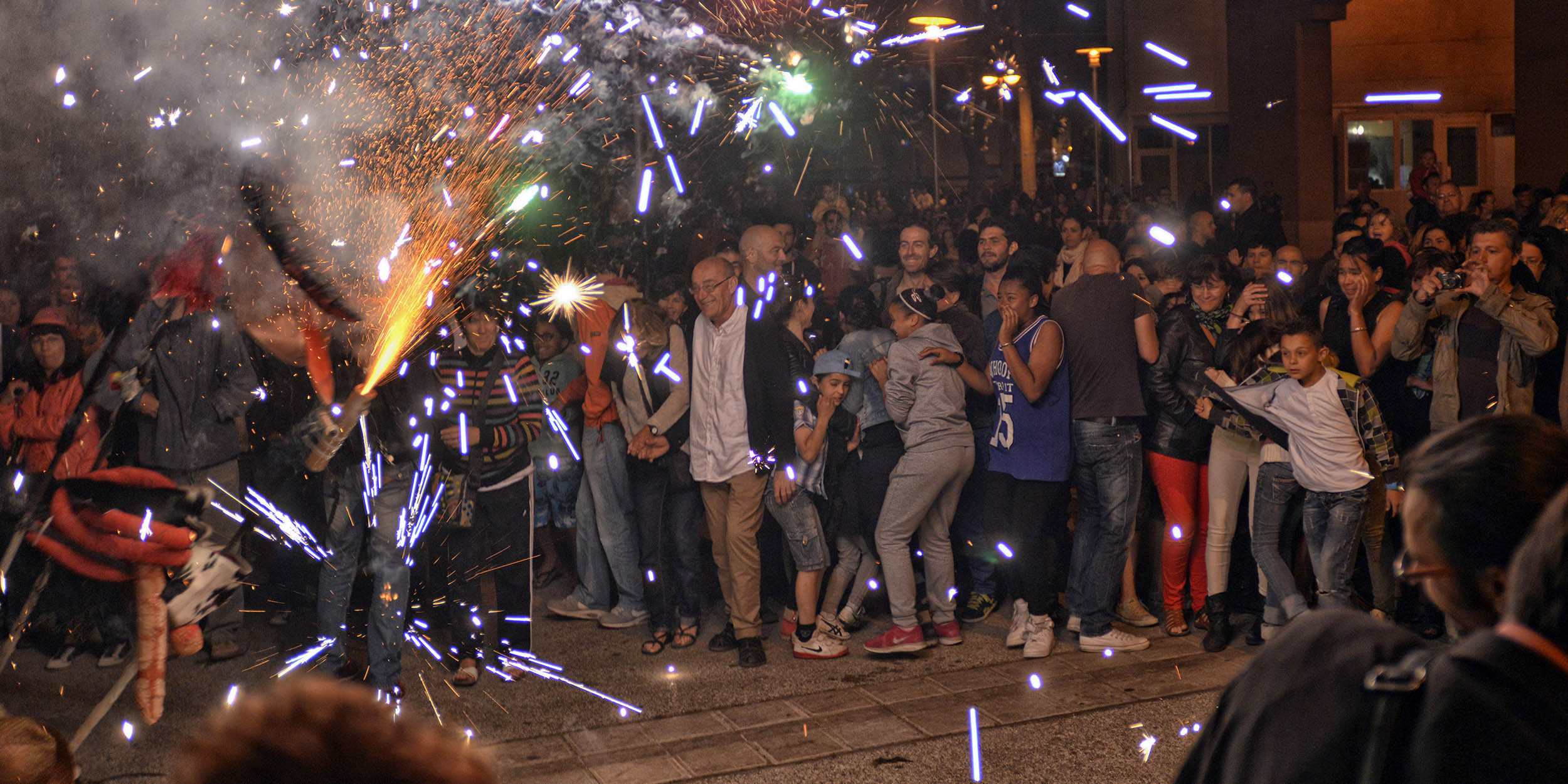 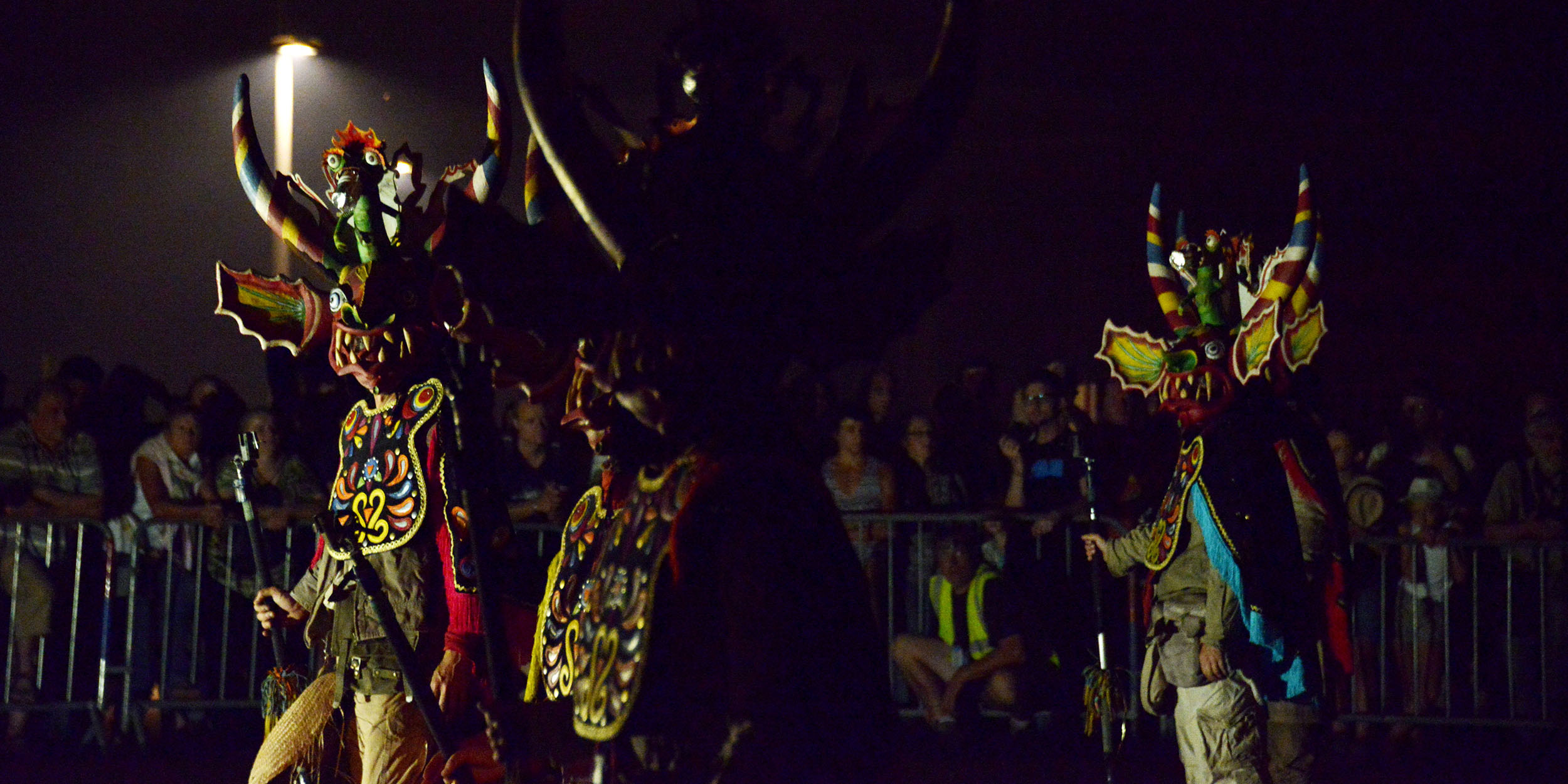 Tumulte is a journey where the spectator is invited to share, in the middle, as around the actors, the festive and wild rituals that have marked the history of humanity.

The space of the high, of the gods, of the supernatural is represented by Mexican Castillos (great pyrotechnic totems with magical and powerful effects).

While the sky, for a long time is empty and the old rites have gradually been crumbled, the men struggle to live in the world, not knowing how to celebrate the passages, how to become adults, to love, to expiate, to die.
However, some seek to overcome the insignificance of their condition with the will to find a little of their humanity by inventing new rituals.
This is to revisit the festive, ceremonial, ritual times that invade the streets of here and elsewhere.
Parade of love or power, dance of the rain, sacrifice of the beast, jousting of address, celebration of the sky, the earth, the history of men, are the pretexts to restore the street its theatrical dimension.

The show is presented at night, walking with installation on the course or fixed for a jauge up to 3000 spectators.
Nocturne, duration approximately 50 minutes

Support to the project : The Abattoir / National Center of Street Arts – Pole Arts of the Rue de Chalon-sur-Saône.General Council of the Bouches du Rhône 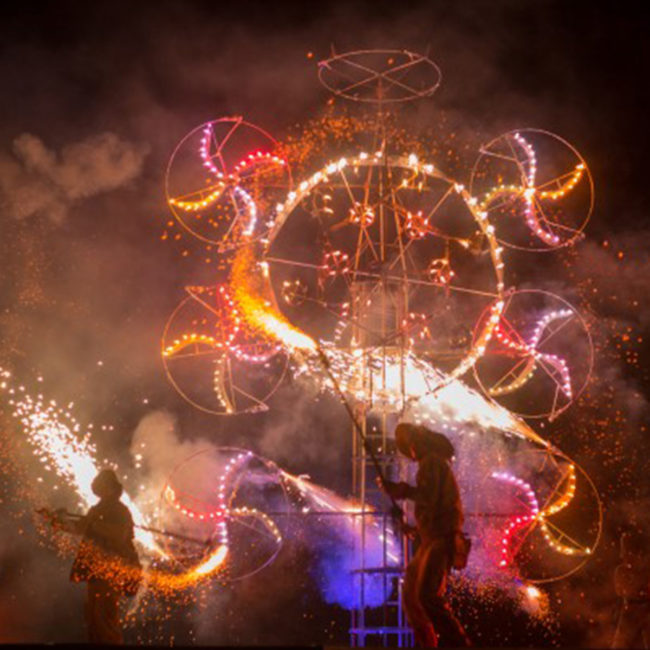 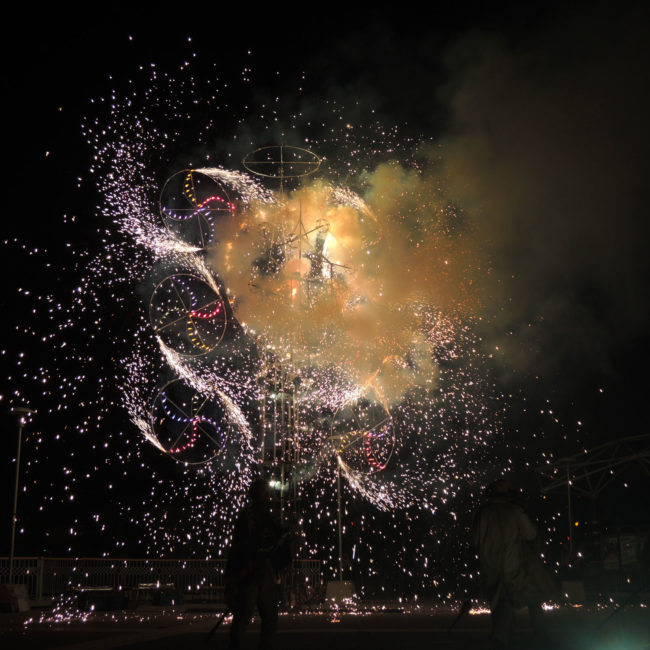 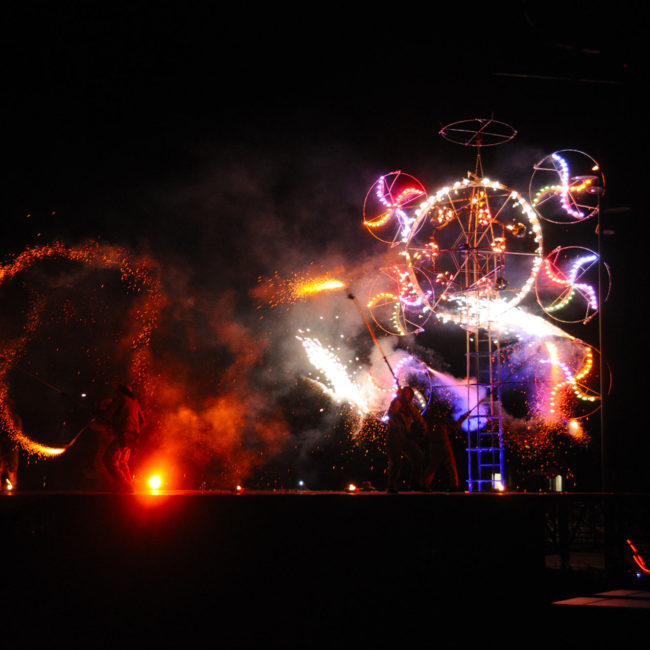 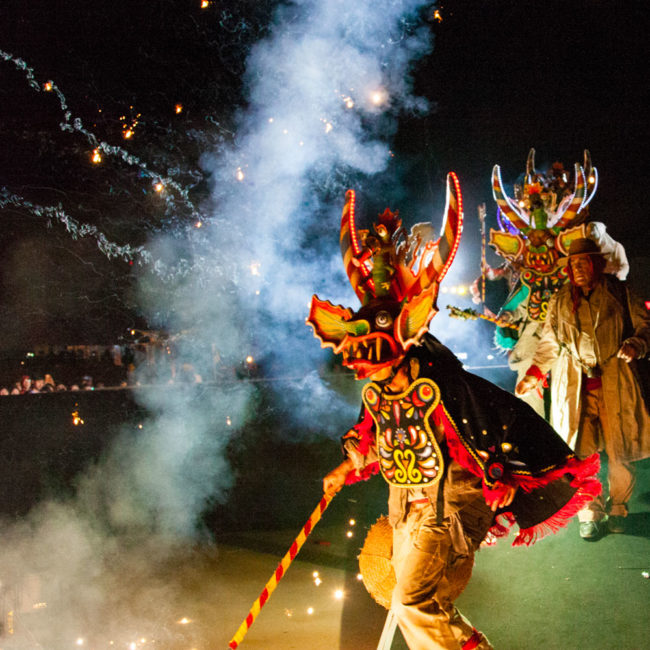 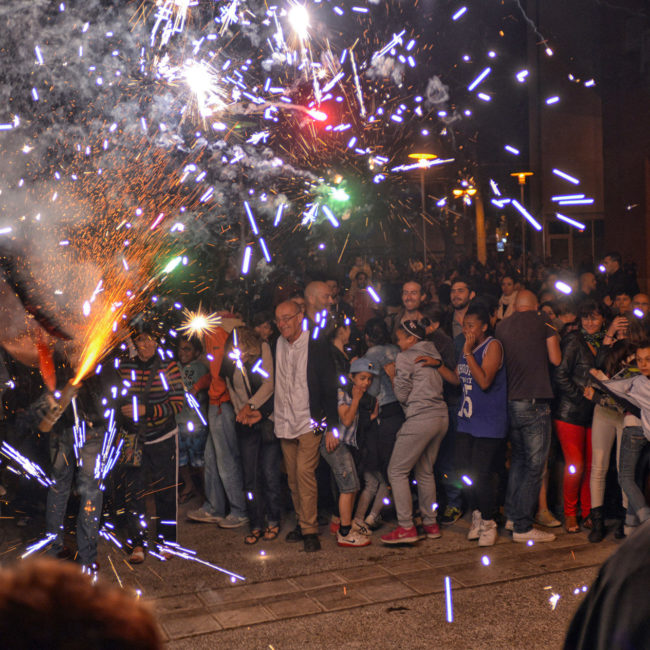 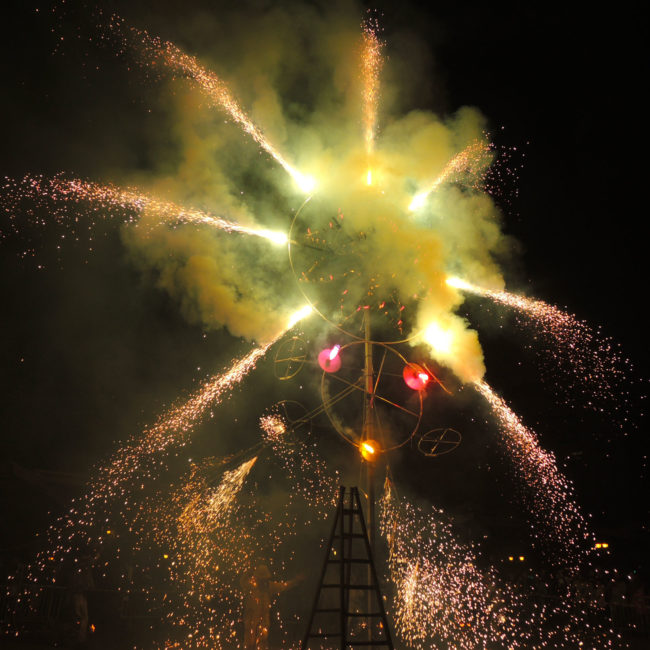